PORT HARCOURT, NIGERIA, December 30, 2022 / — Some Indigenes of Ogoni, an oil-producing region in Niger Delta, Nigeria have threatened to disrupt and legally challenge the alleged move by the Nigerian Petroleum Development Company (NPDC) to auction the oil mining Licence (OML) 11 asset.

The Indigenes under the umbrella of a famous Non-Governmental Organization, The Ogoni Liberation Initiative insisted that the plan to auction the OML 11 secretly contravenes the promise by the NPDC Managing Director, Mr Mohammed Ali-Zarah, as directed by the President that the people of Ogoni would be carried along regarding the OML 11 as they are directly affected by the environmental pollution caused by the activities of Shell Petroleum Development Company SPDC.

The OML 11 was operated by the Shell (SPDC) joint venture, but the company was later vacated from Ogoniland in 1993 after several massive protests led by late environmental activist Ken Saro-Wiwa. They argued that Shell`s years of operations had devasted the Ogoni environment with no benefit to the people. 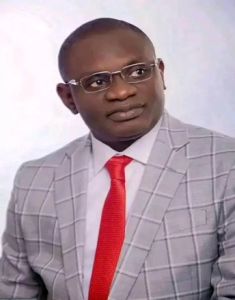 Dr. Douglas Fabeke, President of Ogoni Liberation Initiative while reading out a statement on behalf of the Indigenes, frowned at the proposed plan by the NPDC to auction the OML 11 without considering the plights of the people for proper clean-up of oil-impacted sites in Ogoniland and some unresolved crises that emanated as a result of the OML 11.

Dr. Douglas Fabeke said that the NNPC had concluded the move to sell the OML 11 to Sahara Energy and Shell. He advised Companies lobbying to acquire the license without proper negotiation with the indigenous people may find it difficult to operate in the Ogoniland.

He maintained that such an asset, should be sold to those who understand the plights of the Ogoni people and can develop the area, adding that he is ready to buy the OML 11 license for $1.5billion if the NNPC is looking for money to developing Ogoni Land.

Dr Fabeke Douglas said some people are taking the Ogoni struggle for granted and warned that anybody compromising these issues will never succeed. 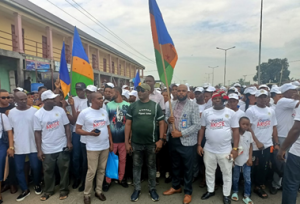 Fabeke Douglas said his organization, the Ogoni liberation Initiative has the capacity both Locally and internationally to fight for the interest of the people.

He commended the House of Representatives for directing NPDC to suspend its plan to auction the asset.

Dr. Douglas Fabeke however, noted that On the 4th of January which marks another remembrance of Ogoni day, the Ogoni will present the forensic report on the Ogoni clean-up. The report exposes how the Clean-up project is converted into a political project, and how billions of naira are taken from the project, how the contract is awarded to unprofessional companies and non-existent communities.

Recall that the House of Representatives, the lower chamber of Nigeria’s bicameral National Assembly has directed the Nigerian Petroleum Development Company, to suspend the planned auction of the oil block and has mandated its Committee on Petroleum to “urgently investigate the planned auction among other matters and report back in four weeks.

Information contained on this page is provided by an independent third-party content provider. Binary News Network and this site make no warranties or representations in connection therewith. If you are affiliated with this page and would like it removed please contact [email protected]

Worldwide Demand For Smart Ports Is Expected To Increase At A CAGR Of 20.4% During The Forecast Period 2023 To 2033

Worldwide Demand For Smart Ports Is Expected To Increase At A...