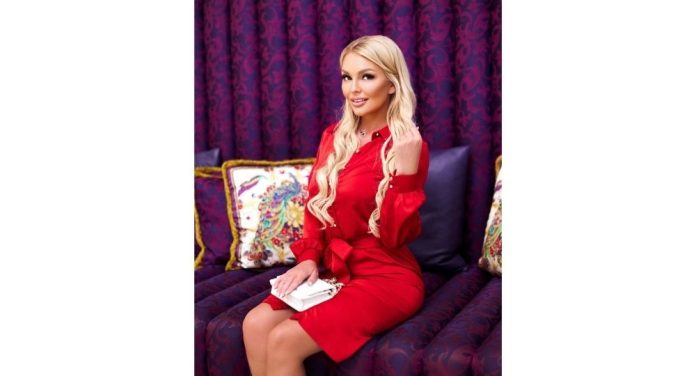 Among the ancient scenes of Pharos, the celebrity cinematic studio owner Tatiana Tretyak spent her Eid holidays with her friends and family, while reporters said this visit is not only a holiday, as they linked her name with the production of a new series that will be shot between Egypt and her studios in Dubai.

Tatiana who is considered one of the top influencers in the region, with her creative content that covered Europe, Asia, Africa and the Middle East, had already witnessed the birth of her first project in the region, which was a cinematic interior studio that produced tons of original content over the past 2 years

Based on that success, Tatiana expanded towards having her own fashion brand that carries her name Tatiana Tretyak Brand, the trendy casual fashion styles that rapidly became the topic of the hour among fashion and style lovers in the region, adding to that winning best SPA in the region, as Tretyak expanded into the SPA industry as well

The expansion came as a logical progress to her success in the studio business, and the next production is set to be broadcasted over large platforms such as Netflix, Shahed, Wayak and similar high end platforms

Reports added that an official announcement is almost confirmed and planned mid-June right after Eid Holidays in the region, and a red carpet event is been prepared with tons of media and A List celebrities attending the even

The series is planned to be of 8 episodes for season one, and might be extended to another 8 of season 2 depends on the success and demand of the audience

Script, story, and details on who are the stars participating in this one are yet to be announced, as the media and PR team of Tatiana are so keen to keep things moving low profile until officially announced, however reports kept on linking this series with Egyptian, Lebanese and Syrian stars who are based in Dubai in addition to a European star as the story of the show is taking place in Dubai, hence the diversity of nationalities came in line with the story board.